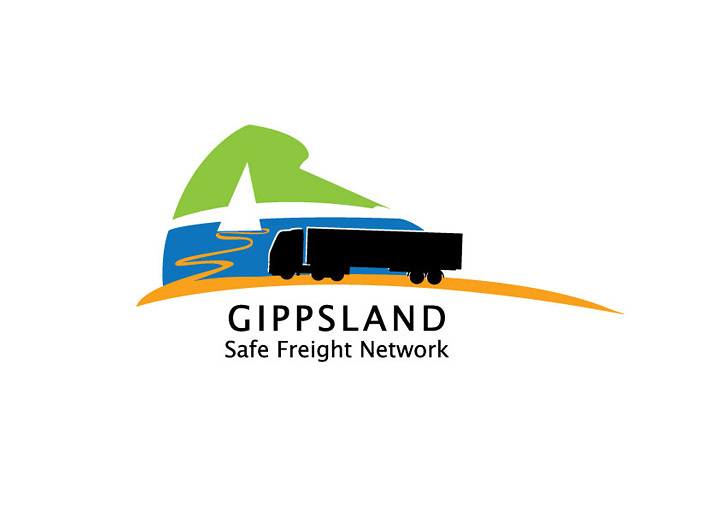 Previously known as South Gippsland Safe Freight Network, GSFN were after an identity design to use on all their road safety promotional material and legal documents.

Their logo needed to reflect the Gippsland region (shown using the hills of Central Gippsland, to the bay of South and East Gippsland) and also reflect what type of road safety they specialise in; being freight networking (trucks).

The group was initially formed to communicate with the industry, government and the police force about road safety in the Gippsland region but plan on expanding Victoria wide in the future to promote safer roads.